A day at the Tate – KGB Cleaning 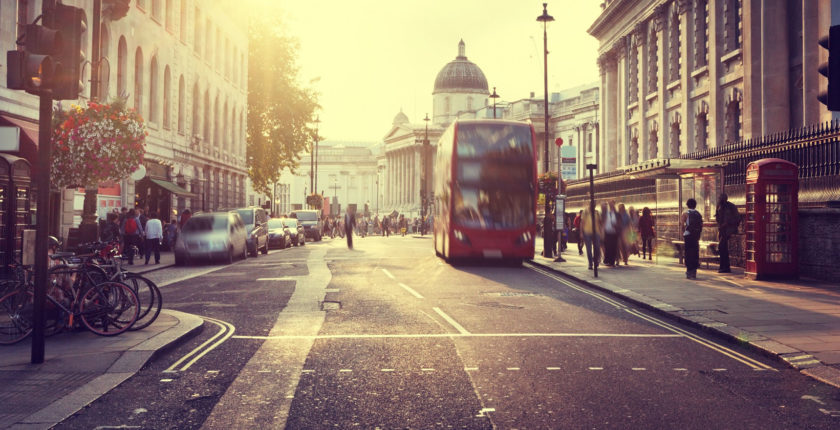 A day at the Tate

I’m new to KGB.  We thought that it would be a good idea to get me familiar with how the company works and what we do, so I ventured from sleepy Dorset, where I usually work from home, to the big smoke for the day.

One of our proudest achievements is our contract with Tate.  So, having caught the wrong tube across London and wasted nearly an hour on the underground, I headed to Tate Modern to meet Stan and Daniela, our great Team Managers at Tate Modern.

Not only were Daniela and Stan incredibly approachable, motivated and efficient, they run a really tight ship.  I was totally awe struck by the sheer size of the building, which I had failed to appreciate from outside. From top to bottom, Daniela and Stan walked me through every aspect of the building that KGB are responsible for.  It’s a formidable task.

I had foolishly assumed that we’d be popping in and out of the loos every half an hour to check that things were clean and pleasant, but the truth of the matter is, that cleaning the Tate goes above and beyond the obvious.

From top to bottom, the wooden floors need to be cleaned and swept. That’s no mean feat in something as enormous as the Tate. It’s sheer size is impressive enough, but when you also take into consideration the footfall that the flooring endures, it’s nothing short of a miracle that things remain pristine.

Gallery cleaning, I came to learn, requires a very particular level of care.  The gallery spaces themselves must be treated with the utmost care and respect.  Cleaning of the galleries when in active use is very restricted so as to protect the artwork being displayed. I really had not appreciated the delicacy of the project.  Daniela was explaining as we wandered through the beautiful, white maze that during particular exhibitions, they’re restricted to sweeping alone.  We’re not able to use anything damp in the gallery spaces so as to protect the exhibitions from any moisture.  Similarly, when cleaning, there’s a set distance around the art that we’re allowed to clean – but no closer than this. This made a lot of sense.  I asked how on earth such a standard was maintained when such basic work was permitted on a regular basis?    It transpires that turn-around days are when the magic happens. When an exhibition leaves a space, KGB move in.  Everything is cleaned deeply and thoroughly, swept and vacuumed and polished where necessary.  Even the grills that you see towards the perimeter of the galleries must be lifted, vacuumed and cleared.  It’s no small task.

Having taken the Tate Boat across the Thames to Tate Britain, I realised the full scale of the operation.  My visit happened to fall during the Hockney Exhibition which as I am sure you can imagine, led to an incredibly busy few weeks for Tate staff.  I was met by our site manager, Heidi.  Remarkably she was full of enthusiasm for the task ahead as she wound her way between literally hundreds of visitors milling towards the exhibition.  Heidi showed me around, I met all of the cloakroom staff too.  The cloakroom itself is an invisible mountain of work and organisation that remains remarkably invisible to the general public.  During our wander through the Tate’s beautiful galleries Heidi revealed the true scale of the operation.  The galleries even change their format for each exhibit.  The walls go up and down, they’re repositioned and repainted to suit each artist.  The floors are covered, or polished or stripped back to suit every whim and every requirement of the artist and their work.  I would never, ever have known that even the walls that formed the Hockney Exhibition were anything less than permanent.  The structural changes were traceless and the remarkable footfall left no visible wear and tear on the pristinely kept Tate Britain.

Not only did I realise the enormous amount of work and continual upkeep that KGB manage at the Tate Britain and Tate Modern, but I also learned that KGB really do care for their staff on a personal level.   Of course, from a business perspective, we get the job done impeccably.  That’s plain to see.  However for me, I was even more impressed by the humanitarian work that KGB do behind the scenes.

KGB are aware that communication is key in a public facing environment and where the visitor experience is paramount.  What I had not realised is that KGB offer free English classes to any staff member who feel they would like to learn, or would benefit from improving their English.  This really impressed me.  Of course, I’m bias because I work for KGB too, but how many independent businesses do you know that willingly put the best interest of their staff at the fore of their priorities.  It became abundantly clear that KGB were all about inclusion. The aim is to share knowledge of the English language so that our staff can fulfil their potential.  By providing these classes for free, KGB believe that they’re supporting the full integration of an already vibrant and diverse body of staff.

The managers that I met were formidably efficient and capable, but also open and approachable. It was plainly obvious that KGB are a body of communicators.  Conversation is important between all staff, from site staff to office management. KGB have gone above and beyond to facilitate the necessary communication between all bands of the business.

I’d had no idea that so much technical, logistical and managerial effort went in to cleaning these vast spaces but there’s so much more to it than just the mop and bucket that you might imagine.